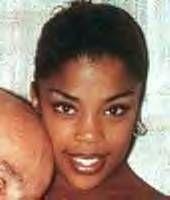 Idalis is alive and kicking and is currently 52 years old.
Please ignore rumors and hoaxes.
If you have any unfortunate news that this page should be update with, please let us know using this .

Idalis Hunter is an American adult movie actress who was born on March 7, 1970.
Idalis Hunter has worked with multiple studios which notably include Heatwave Platinum, Mike Hott Video, and Woodburn Productions.

Idalis has acted with a variety of other actors including Cherokee D'Ass, Lana Sands as well as Mandy Snow. Paired together 7 times, Meka Johnson has had the honor of being seen most frequently with Idalis. Their most recent film, Black Voyeur, became available in 2006 by Ghetto Life.
The majority of her films are part of a series. The list of film series in which she has appeared includes It Don't Matter... Just Don't Bite it!, Black Voyeur and Inner City Black Cheerleader Search.