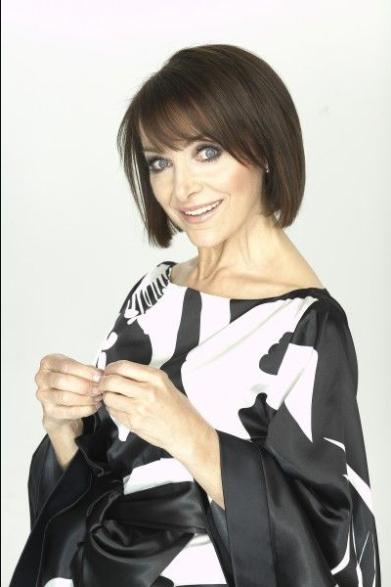 Irena passed away on January 21, 2012 at the age of 65 in Warsaw, Poland. Irena's cause of death was brain cancer.

Irena Jarocka (18 August 1946 – 21 January 2012), was a Polish singer.CareerEducationJarocka was born in Srebrna Góra, Poland. She graduated from the V Liceum Ogólnokształcące im. Stefana Żeromskiego, and the faculty of music studies at Średnia Szkoła Muzyczna in Gdańsk, studying under professor Halina Mickiewiczówna. She later graduated from a Faculty of Biology at a teachers’ college. Between 1969 and 1973 she lived in Paris on a scholarship, studying at Le Petit Conservatoire de la Chanson.PerformanceJarocka participated in amateur singing competitions, and worked with Zespół Estradowy Marynarki Wojennej Flotylla. In 1966, at 20 years old, she debuted at Klub Rudy Kot in Gdańsk, and first participated in the Krajowy Festiwal Piosenki Polskiej in Opole. She also performed at the Sopot Festival. She recorded albums for the Philips label and performed in concerts with Michel Sardou, Enrico Macias, Charles Aznavour, and Mireille Mathieu. She sang outside Poland, in such countries as Germany, Bulgaria, Switzerland, Italy, Portugal, Luxembourg, Australia and France, and for Polish communities in the USA and Canada. She worked with Polanie, Czerwone Gitary, Budka Suflera, and Exodus.)Film and TVJarocka acted with Andrzej Kopiczyński in the film adaptation of "Motylem jestem, czyli romans 40-latka" (I am a butterfly, or a 40-year-old's romance), scripted and directed by Jerzy Gruza and Krzysztof Teodor Toeplitz. In the film Jarocka sang her own songs, including "Motylem jestem" ("I am a butterfly") and "Po prostu człowiek" ("Simply a human").Her performances and programs were recorded for Telewizja Polska stations in Gdańsk, Łódź, Poznań, Wrocław, Katowice, and Warsaw, including Irena Jarocka zaprasza (Irena Jarocka Invites You), Irena Jarocka i jej goście (Irena Jarocka and Guests), Spotkanie z gwiazdą (A Meeting with a Star), Mężczyzna na niepogodę (Man for Bad Weather), Największe przeboje Ireny Jarockiej (Biggest Hits of Irena Jarocka), Zwariowany dzień (A Crazy Day), and Bo wszystko jest piosenką francuską (Because Everything is a French Song). She also took part in Muzyka łączy pokolenia (Music Connects Generations) on TVP3.In 2006, in the USA, she took part in the Amerykańskie Rozmowy w toku (American Conversations) with Ewa Drzyzga. The show dealt with famous Poles trying to make a living abroad.Later lifeFrom 1990 she lived in the United States with her second husband, Michael Sobolewski (Michał Władysław Sobolewski), whom she married in 1989 while being in relationship from 1976 for 35 years till her last day. Her daughter with Sobolewski, Monika Sobolewska was born in Poland in 1982 and graduated from Texas Tech University in art-communication design. Jarocka was performing continuously in the States and European countries. Her first marriage, to Marian Zacharewicz, was dissolved. She maintained continuous ties with her public in Poland while living periodically in Warsaw during her frequent concert tours there. In 2007, she published an autobiographical novel, "Motylem jestem, czyli piosenka o mnie samej". She died, aged 65, in Warsaw, from brain cancer.