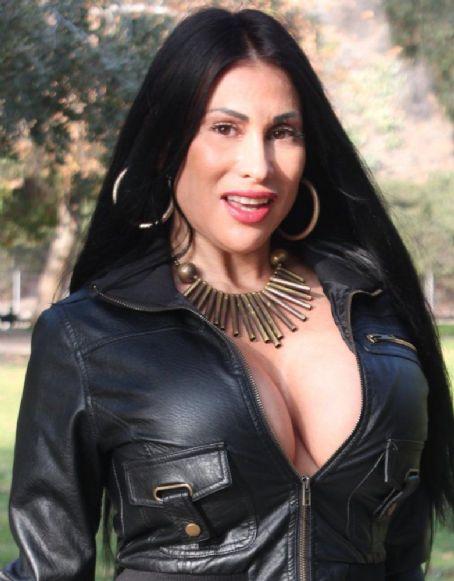 Isabela is alive and kicking.
Please ignore rumors and hoaxes.
If you have any unfortunate news that this page should be update with, please let us know using this .

Isabelle V. Shahira is from an European Ancestry where the Ancestry Fingerprint ranks in Europe (1-10) as follows: Italy, Spain, Croatia, Slovenia, Ireland, Finland, France/Toulouse, Denmark, Germany and Portugal (DNA Consultants #S4545 - DP11 - 26041).Her mother (Laurie), father (Cris) and her father's older brother (Richard Shelton) were involved in roadie and sound-engineering during the 60s for the rock band 'The Doors' before her birth. Because of this she was adopted until age fourteen by a Spanish Basque family.Isabelle's maternal grandmother Helen E. Dean fostered her into the Arts from age 8; oil-painting, water coloring, sketching and drawing. Additionally she was attending a London professional dance school of Ballet for several years, studying to be a professional dancer.Since she was age 10, she loved the music of The Beatles, and was inspired in the views and lifestyle of John Lennon, particularly in the combination of Hinduism and entertainment. As well as listening to classical Vivaldi, studying Ancient History and collecting stamps, coins, currency and minerals. She graduated from a California High School with a G.P.A. of 3.6. at the age of 18.She moved to New York City the same year seeking more excitement. There she studied with one of the staff of the "Henry Le Tang Dance Studio", known for its choreography for the movie Taps and lived there for nearly three years. She was recognized as a good creative writer and offered a small editorial job for a Heavy Metal magazine.Conflicts at the dance school resulted in her moving back to Southern California. Her interested nature led her to Hollywood, California where she became involved in eroticism and fetish jobs in establishments such as "The Paris House" and "The Chateau", both located on Sunset Boulevard at the time. She graduated with a bachelors in General Chemistry from CSULA participating in Physical and Inorganic Chemistry research with a 3.7 GPA.After graduation, she became a yoga student of Mark Griffin in "The Hardlight Center" in their Malibu and Santa Monica locations for many years while taking occasional post-bachelor's courses in her major at The University of Oregon and some other California Universities. As a yoga student she worked primarily as a web developer, webmaster and personal assistant while participating in some low-budget films as actor.In addition, she was one of the writers of the third Hermetic Journal of Poke Runyon (Runyon, The Seventh Ray, Book III, The Green Ray [Perfect Paperback] 122 - 135), in which a thirteen (13) page excerpt of her thirty-eight (38) page paper "The Sound Experiment" was published under the name "Soror Kleito", which is her name in the Eleusian Mystery School of Carroll Poke Runyon.Additionally, she was in the dual role of the "Lemurian Priestess" and "Dero Princess" in 2007 in the sci-fi film "Beyond Lemuria" which was written and produced him. During this time she lived in Burbank, California, and was the fiancée and personal assistant of an Irish-American attorney practicing in Glendale, CA as well as working for Poke Runyon as a webmaster and in some film editing.Her work before Poke Runyon in acting consists of 14 episodes in 2005 as a bikini model under the name "Isabela Shahirah" in the television show "Estudio 2" and twice as actor in 2007 for "El Show de Don Cheto" as "Isabel Shahira" and "Isabela Shahirah". She was also in the role of "Isis", a beautiful action heroine in the indie film "Kung-Fu Assassins" directed by martial-artist Stan Derain.Currently she is in the role of an action-heroine and director's assistant, webmaster and web-developer in the team of "War of the Dragon" starring Jenna Jameson and written and directed by Stan Derain. Isabelle has an athletic and artistic lifestyle and during her free time has been known to study and participate in several Mystery traditions.