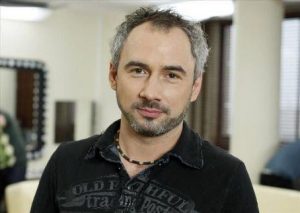 Jacek is alive and kicking and is currently 51 years old.
Please ignore rumors and hoaxes.
If you have any unfortunate news that this page should be update with, please let us know using this .

Jacek Kopczyński (born 11 August 1971 in Łódź) – is a Polish theater, film and dubbing actor. He also provides voice-overs on television programmes, mainly on the Hyper channel.BiographyIn 1994 he graduated from the Acting Department at the Polish National Film, Television and Theatre School in Łódź. In 1994-1999 he worked at the Dramatic Theatre in Warsaw, and is currently not connected permanently to any theater.He is married to Patrycja Markowska, with whom he has a son (born 9 January 2008).