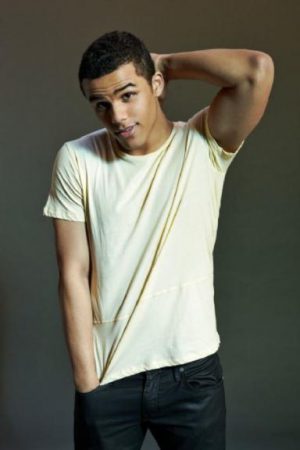 Jacob is alive and kicking and is currently 29 years old.
Please ignore rumors and hoaxes.
If you have any unfortunate news that this page should be update with, please let us know using this .

Does Jacob Artist Have the coronavirus?

Jacob Artist is an American actor, singer and dancer. He joined the cast of the Fox television series Glee in the fourth season as Jake Puckerman, half-brother of regular character Noah "Puck" Puckerman.
After high school graduation, Artist moved to Los Angeles, where he appeared in an episode of Bucket & Skinner's Epic Adventures and in the television film Blue Lagoon: The Awakening. In July 2012, he was cast in the Fox musical comedy-drama series Glee as Jake Puckerman, the younger half-brother of Noah "Puck" Puckerman. He began appearing in the fourth season premiere, and was upgraded to the main cast for the fifth season. At the series' conclusion in 2015, he had featured in 36 episodes.

In 2015, Artist joined the ABC drama-thriller series Quantico, playing the role of Brandon Fletcher, an FBI recruit at the training academy in Quantico, Virginia. Artist guest starred as Todd Connors in the ninth episode of the FX horror anthology series American Horror Story: Roanoke.
He then starred alongside John Cusack and Ellar Coltrane in the thriller film Blood Money. Artist has a recurring role in the second season of The Arrangement as Wes Blaker.