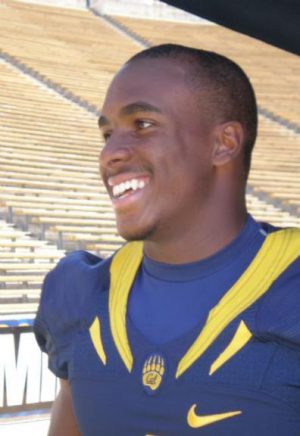 Jahvid is alive and kicking and is currently 33 years old.
Please ignore rumors and hoaxes.
If you have any unfortunate news that this page should be update with, please let us know using this .

Jahvid Andre Best (born January 30, 1989) is a former American football running back of the National Football League (NFL). He was drafted by the Detroit Lions in the first round of the 2010 NFL Draft. He played college football at California, setting several school records, including most all-purpose yards in a single season and most rushing yards in a single game. Best also led the Pac-10 in total rushing yards in 2008.
At the NFL Scouting Combine, Best tied for the sixth fastest overall 40 yard dash time and was the fastest among running backs. He was selected in a pick trade from the Minnesota Vikings by the Detroit Lions 30th overall in the 2010 NFL Draft. Regarding the pick, Lions head coach Jim Schwartz said, "Some people watch adult videos on their computer... I go to YouTube and watch Jahvid Best highlight clips. That’s what gets me aroused."

On July 17, 2013, Best was released by the Lions. The numerous concussions he suffered throughout his career prevented him from returning to the field during the 2012 season.
In May 2015, Best ran a 10.262 wind aided 100 meters in preparation for the 2016 USA Track and Field Championships in Eugene, Oregon. Best was training for the 2016 Summer Olympics, where he represented Saint Lucia, his father's home country.
On April 2, 2016, he ran the official qualifying time for the Olympics 10.16 +1.9 at a meet at the University of California, San Diego. On July 16, 2016, Best was named to Saint Lucia's 2016 Olympics Track and Field team, where he competed in the 100 meters. He was the first former NFL player to participate in the Summer Olympic Games.