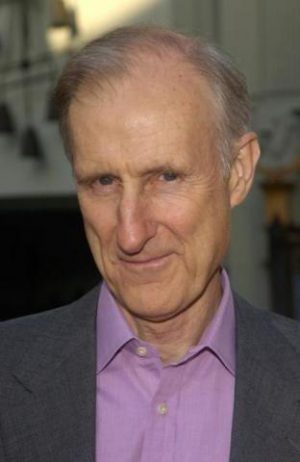 James is alive and kicking and is currently 82 years old.
Please ignore rumors and hoaxes.
If you have any unfortunate news that this page should be update with, please let us know using this .

Does James Cromwell Have the coronavirus?

James Cromwell's mother, Kay Johnson, died on November 17, 1975 as she was 70 years old. Her cause of death was natural causes.

Cromwell was married to Ann Ulvestad from 1976 until their divorce in 1986; they had three children. Cromwell married his second wife, actress Julie Cobb, on May 29, 1986; they divorced in 2005. On January 1, 2014, Cromwell married actress Anna Stuart at the home of Stuart's former Another World co-star Charles Keating. He currently resides in Wawayanda, New York, dividing his time between New York and Los Angeles, California.
Cromwell is known for his tall stature; at 6 ft 6.5 in (1.99 m), he is the tallest actor nominated for an Academy Award. His son John is even taller, standing at a height of 6 ft 8 in (2.03 m). In the 2012 film Memorial Day, John played the young Bud Vogel, while James played him as a grandfather, and both Cromwells appear as the same character at different ages in American Horror Story: Asylum (2012) and the first season of Betrayal (2013).
Cromwell has long been an advocate of progressive causes, particularly regarding animal rights. He became a vegetarian in 1974 after seeing a stockyard in Texas and experiencing the "smell, terror and anxiety". He became vegan while playing the character of Farmer Hoggett in the 1995 film Babe. He frequently speaks out on issues regarding animal cruelty for PETA, largely on the treatment of pigs. In 2017, he was arrested during a PETA protest against SeaWorld's treatment of orca whales, at which he spoke about marine mammal's suffering and premature deaths.