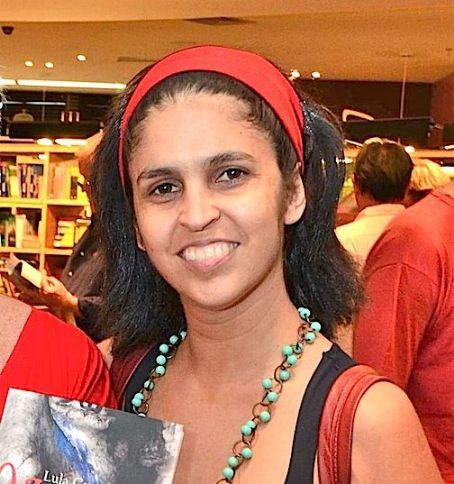 Janaína is alive and kicking and is currently 50 years old.
Please ignore rumors and hoaxes.
If you have any unfortunate news that this page should be update with, please let us know using this .

Does Janaína Diniz Guerra Have the coronavirus?

Janaína Diniz Guerra is a Brazilian actress, screenwriter who was born on November 19, 1971.
Born in 1971, Janaína Diniz Guerra started to be an actress at 11 year's old. In 1991 she studied script with Gabriel Garcia Marquez at the "Escuela Internacional de Cine" (Cuba) and then started to write and direct short movies. Her first short film "P.O. Box" received Brazilian festival's prizes. "Footing Samba" (2005) is her first documentary, and she has also directed video clips, publicity and musical DVDs.

She is the daughter of actress Leila Diniz and director Ruy Guerra. Leila Diniz (25 March 1945 – 14 June 1972) was a Brazilian television, movie and theatre actress, whose liberal ideas and attitudes about sex had raised the discontent of both the feminists and the Brazilian military government of the 1960s.
Ruy Guerra (born August 22, 1931) is a Portuguese-Brazilian film director, screenwriter, film editor, and actor. Guerra was born a Portuguese citizen in Lourenço Marques (today Maputo) in Mozambique, when it was still Portuguese colony.