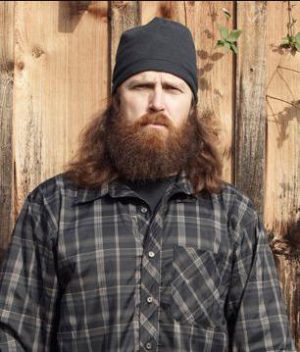 Jase is alive and kicking and is currently 52 years old.
Please ignore rumors and hoaxes.
If you have any unfortunate news that this page should be update with, please let us know using this .

Does Jase Robertson Have the coronavirus?

Jase Robertson's father, Phil Robertson, is still alive and kicking at the age of 76. He is American and has had a career as a professional hunter, businessman (duck commander), reality television star.

Jase Robertson's mother, Kay Robertson, is still alive and kicking at the age of 74. She is American and has had a career as a reality tv, author.

Jase Robertson is the son of Phil Robertson and Kay Robertson. Jase appears as himself on the A&E reality TV show, Duck Dynasty. Jase was born and raised in West Monroe, Louisiana with his brothers Alan Robertson, Willie Robertson and Jep Robertson and his parents, Phil and Mrs Kay.
Jase is in charge of the production of Duck Calls in the family-run business, "Duck Commander", and works in the duck call room with his Uncle Si Robertson and brother Jep Robertson, along with employees Martin and Godwin. He is constantly coming up with ways to goof off from work with his colleagues, which very much annoys his brother, Willie, who is the CEO of the business.

With his brother Willie as the CEO of the business, Jase Robertson is the COO of Duck Commander. Robertson's job at Duck Commander is to fabricate the duck calls made by the company, fine-tune them, and to invent new ones. It takes him about two to three minutes to make one duck call. One of Jase's inventions is a duck call called the "Triple Threat", a duck call which utilizes three reeds instead of the usual two.