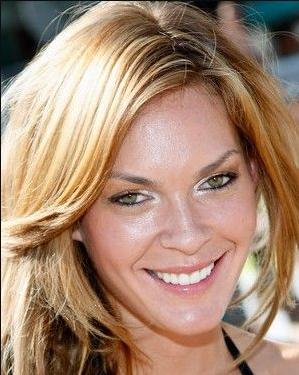 Jasmine is alive and kicking and is currently 40 years old.
Please ignore rumors and hoaxes.
If you have any unfortunate news that this page should be update with, please let us know using this .

Jasmine Star Dustin was born in the small rural New Hampshire town of Auburn on New Year's Day, 1983. It was almost as if she was destined for stardom--thus her middle name!The green-eyed beauty can attribute her exotic good looks to her French, Native American and Scottish roots. Jasmine took her first walk down the runway at the young age of five, competing in modeling pageants. Her dedication and persistence brought her such titles as Miss Congeniality, Miss Best Photographed and Miss Best Smile, as well as reigning titles of Miss Top Model and Junior Miss. By the time Jasmine hit her teens she was convinced that modeling and acting would be her lifetime pursuit. Shortly after graduating high school she took the first big step to achieving her lifelong dream and moved to Los Angeles. Within a short time she had graced the pages of magazines such as GQ, Teen Magazine, Femme Fatale, FHM and Cosmopolitan, among others.Jasmine has traveled to London, New York and Paris to pursue her career in modeling and has landed campaigns for companies such as Fredericks of Hollywood, Saturn, William Rast, ED Hardy and Johnny Walker. Her "debut" into the world of television was as the model holding briefcase #5 on the hit TV show Deal or No Deal (2005). After one season she decided to take the next step and pursue a career in acting. She has been coached by Larry Moss of L.A.'s Larry Moss Studios, who has worked with such actresses as Hilary Swank and Helen Hunt. You can see Jasmine in feature films such as Rush Hour 3 (2007), City Of Jerks (2012) and Let the Game Begin (2010) opposite Michael Madsen, along with many independent films that later went onto the film festival circuit. Jasmine has worked on the top television shows such as CSI: Miami (2002), Eleventh Hour (2008) Knight Rider (2008) and FX's "The League". Jasmine has been a series regular for two seasons on the TV show Doheny Models (2010) and Get Out (2003), in which she travels the world doing high adventure sports.