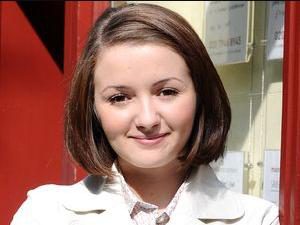 Jasmyn is alive and kicking and is currently 32 years old.
Please ignore rumors and hoaxes.
If you have any unfortunate news that this page should be update with, please let us know using this .

Jasmyn Grace Banks (born 20 August 1990) is an English actress. A graduate of the Italia Conti Academy of Theatre Arts, Banks has acted in stage productions since 2005 and she has had roles in various television productions since 2006. She was cast as Alice Branning in the BBC soap opera EastEnders in 2012, making her screen debut on 10 May that year. She departed the show on 24 December 2013.