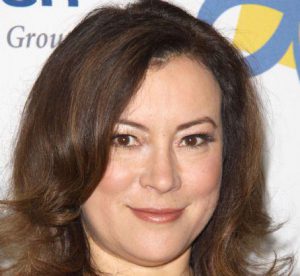 Jennifer is alive and kicking and is currently 63 years old.
Please ignore rumors and hoaxes.
If you have any unfortunate news that this page should be update with, please let us know using this .

Does Jennifer Tilly Have the coronavirus?

Jennifer Tilly is a Canadian-American actress and poker player. She is a World Series of Poker Ladies' Event bracelet winner. She was nominated for an Academy Award for Best Supporting Actress for her role as Olive in the 1994 film Bullets over Broadway. Her other film roles include Made in America, Bound (1996), Liar Liar (1997), and Bride of Chucky (1998). Her voice-over work includes Celia in Monsters, Inc. (2001) and Bonnie Swanson in Family Guy (1999-2015). She is the sister of actress Meg Tilly.
Tilly was born Jennifer Ellen Chan in Harbor City, Los Angeles. She is the first daughter of Harry Chan, a used car salesman, and Patricia (née Tilly), a Canadian schoolteacher and former stage actress. Her father was of Chinese descent and her mother was of Irish, First Nations and Finnish ancestry. She has an older brother, Steve, and two younger sisters, Meg and Rebecca. Following her parents' divorce when she was five, Tilly was raised by her mother and stepfather, John Ward, on rural Texada Island, British Columbia. Her mother divorced again when Tilly was 16, and moved to Victoria, where Tilly attended Belmont High School.

Tilly was the recipient of a Theatre World Award in 1993 for her performance in the Off-Broadway play One Shoe Off. Her other stage credits include the Broadway revivals of The Women (2001) and Don't Dress for Dinner (2012).
Tilly was married to Sam Simon, developer and producer of The Simpsons, from 1984 until 1991. She has been in a relationship with professional poker player Phil Laak since 2004.