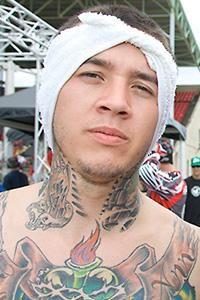 Jeremy is alive and kicking and is currently 41 years old.
Please ignore rumors and hoaxes.
If you have any unfortunate news that this page should be update with, please let us know using this .

Jeremy "Twitch" Stenberg (born September 27, 1981 in San Diego, California) is a professional freestyle motocross rider and professional off-road truck racer. Stenberg received his nickname 'Twitch' from his Tourette's syndrome, which he was diagnosed with at the age of eight. He started riding motorbikes at the age of two so his father could spend more time with him and keep him out of their dangerous neighbourhood. He is a born again Christian.
In 2006, Stenberg starred in MTV's True Life: I Have Tourette's Syndrome. In 2011, VH1 debuted their reality series The X-Life, in which Stenberg co-stars alongside BMX dirt rider Cory Nastazio, skateboard vert champion Pierre-Luc Gagnon (aka PLG) and their families.

Stenberg has been racing off-road trucks in the Lucas Oil Off Road Racing Series and he won the 2010 Super Lite season championship. In 2015, he competed in the X Games' Speed Energy Formula Off-Road category, but failed to qualify for the final race after finishing fourth and last in his heat race and the last-chance qualifier, respectively.