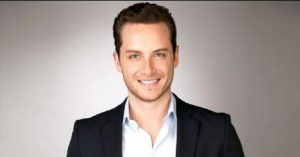 Jesse is alive and kicking and is currently 38 years old.
Please ignore rumors and hoaxes.
If you have any unfortunate news that this page should be update with, please let us know using this .

Does Jesse Lee Soffer Have the coronavirus?

Jesse Lee Soffer (born April 23, 1984) is an American actor. He is known for his role as Will Munson on As the World Turns for which he received three Emmy nominations. Since 2013 he has starred as Detective Jay Halstead on Chicago Fire, in a recurring role, and its spin-off Chicago P.D., as part of the main cast. He is also remembered for is role as Bobby Brady in The Brady Bunch Movie and its sequel A Very Brady Sequel. The films are based on the classic television series The Brady Bunch.