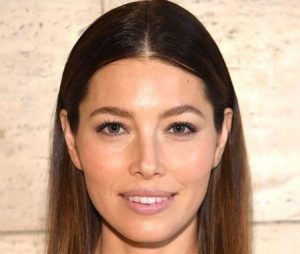 Jessica is alive and kicking and is currently 40 years old.
Please ignore rumors and hoaxes.
If you have any unfortunate news that this page should be update with, please let us know using this .

Does Jessica Biel Have the coronavirus?

Jessica Biel with her good looks and talent, has become one of Hollywood's most sought-out actresses. She was born in Ely, Minnesota, to Kimberly and Jonathan Edward Biel, who is a business consultant and GM worker. Biel was raised in Boulder, Colorado. She is of Hungarian Jewish, Danish, English, and German descent.
As a child, Jessica initially pursued a career as a vocalist, performing in musical theater. Beginning at age nine, she starred in such productions as "Annie," "The Sound of Music," and "Beauty and the Beast." A natural beauty, Jessica soon turned to modeling and commercial work by competing in The International Modeling and Talent Association's Annual Conference in 1994.

Her television series acting debut, playing Mary Camden on the WB's #1-rated show, 7th Heaven, helped her emerge as a breakout star. She then excited and terrified moviegoers with her portrayal of Erin, "Leatherface's" greatest nemesis to date, in New Line Cinema's The Texas Chainsaw Massacre (2003), a remake of the famous original. Having finished filming, Blade: Trinity (2004) in Vancouver with Wesley Snipes, Ryan Reynolds, and Kris Kristofferson, she transported her toned and trained body of a vampire hunter/killer to Australia to fill the uniform and project the integrity of one of filmdom's first female jet-fighter pilots in Columbia/Sony Pictures new film, Stealth (2005), starring Josh Lucas, Jamie Foxx, and Sam Shepherd, for director Rob Cohen. Jessica's film career began at age 14 when she played alongside Peter Fonda in his Golden Globe-winning performance in Ulee's Gold (1997). Her other film credits include I'll Be Home for Christmas (1998), Summer Catch (2001), Roger Avary's The Rules of Attraction (2002), and Cellular (2004), which stars Chris Evans, Kim Basinger, and William H. Macy.
In her spare time, Biel is involved with charities such as Best Friends Animal Sanctuary and PETA. Her hobbies include ballet, soccer, running, yoga and hiking with her dog "East." She resides in Los Angeles.In 2012, Jessica married actor and singer Justin Timberlake. The two have a son.