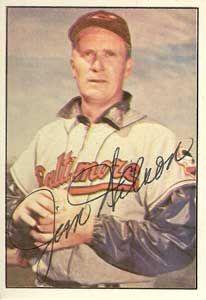 James Alger Wilson (February 20, 1922 – September 2, 1986) was an American professional baseball pitcher, scout and front-office executive. Although he was well-traveled as a player and compiled a career winning percentage of only .491 in 175 decisions, he threw the first no-hit, no-run game in Milwaukee's Major League history and was a three-time (1954–56) All-Star who represented both the National and American leagues. During his front office career he served as the third general manager in the franchise history of the Milwaukee Brewers.