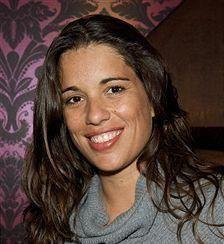 Jimena is alive and kicking and is currently 49 years old.
Please ignore rumors and hoaxes.
If you have any unfortunate news that this page should be update with, please let us know using this .

Does Jimena Gomez Paratcha Have the coronavirus?

Jimena Gomez-Paratcha was born on July 7th, 1972 to Argentinean parents in San Francisco, spending her childhood between California and Buenos Aires. At the age of 11, after seeing children no older than herself begging in the streets, she decided that one day she would do something to help them. As a teenager, Jimena undertook community work in Ecuador with Amigos de Las Americas and subsequently travelled around South America extensively, volunteering at several orphanages.
It was in Lençóis, Bahia that she, together with other young women, founded Grãos de Luz (`Seeds of Light`), which would become the starting point for ABC. Whilst working at Grãos de Luz, Jimena met Jimmy Page, who was promoting the album `No Quarter: Unledded` in South America. They spoke about the problems facing the children of Brazil, and discussed doing a project `some day`. However, when Jimmy went to Rio de Janeiro, he witnessed unrest in the favelas, and the authorities` reaction to this. From his hotel room, he could see military tanks rolling into the communities. Within 48 hours, he had determined that he had to do something to help the situation; this led to the establishment of Casa Jimmy, a shelter for abandoned street children, which continues to be run successfully today.

Over the following year, Jimena accompanied Jimmy on his tour, continuing to promote Grãos de Luz along the way. When they returned to settle in the UK, Jimena set up the ABC Trust, with Jimmy as the founding patron.Jimena and Jimmy Page have been together since around 1994, when she was 22 and they married in the late 90`s. They have two biological kids: son Ashen Josan (b. 1999) and daughter Zofia Jade (b. 1997). Jimmy adopted a daughter Jimena had from a previous relationsip: Jana (b. 1995, was 6 months old when Jimmy and Jimena married).