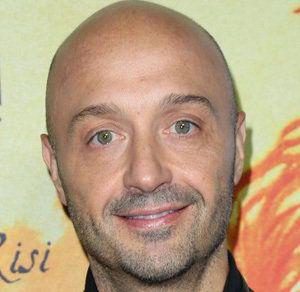 Joe is alive and kicking and is currently 53 years old.
Please ignore rumors and hoaxes.
If you have any unfortunate news that this page should be update with, please let us know using this .

Does Joe Bastianich Have the coronavirus?

Joe Bastianich's mother, Lidia Bastianich, is still alive and kicking at the age of 74. She is American and has had a career as a chef.

Joseph "Joe" Bastianich is an American-Italian restaurateur, winemaker, author, and television personality. He, along with partners Lidia Bastianich and Mario Batali, owns thirty successful restaurants worldwide, including Babbo and Del Posto in NYC, Carnevino in Las Vegas, and in 2010, expanded the famed LA eateries Pizzeria and Osteria Mozza to Singapore. Earlier that same year, the trio teamed up with Italian retail pioneer Oscar Farinetti to bring Eataly, the largest artisanal food and wine market in the world to New York, with the Chicago outpost following in 2013.
After spending a year on Wall Street as a bond trader, he gave up his newly launched career and ventured into the food industry. He took an extended trip to Italy. In 1993, he opened Becco (Italian for "peck, nibble, savor"), an Italian restaurant with his mother, Lidia Bastianich. He then partnered with Mario Batali to open Babbo Ristorante e Enoteca, an Italian restaurant that gained the prestigious three stars from The New York Times, the first Italian restaurant to gain the award in 40 years.