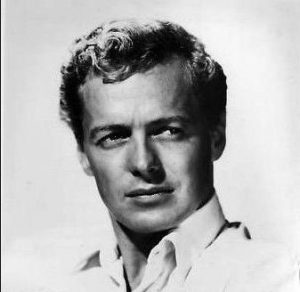 John Baer (June 6, 1923 - January 7, 2006) was an American actor. He appeared in over 60 film and television productions between 1950 and 1974. Among the highlights of his career was the leading role in the television series Terry and the Pirates (1953). He was also notable for his film roles as Paul Trochard, the greedy heir who gets killed by a snake, in Michael Curtiz's comedy We're No Angels (1955). While he spent most of his film career in supporting roles or bit parts, Baer also played the lead role in Night of the Blood Beast, a horror film by Gene and Roger Corman.