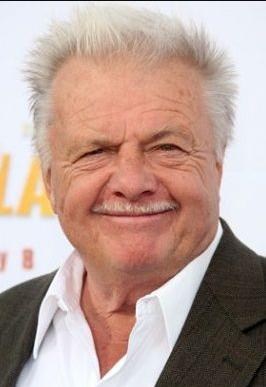 John passed away on January 22, 2020 at the age of 86 in Burbank, California, USA. John's cause of death was heart failure.

John Karlen (born John Adam Karlewicz; May 28, 1933) is an American character actor who played multiple roles (Willie Loomis, Carl Collins, William H. Loomis, Desmond Collins, Alex Jenkins and Kendrick Young) on the ABC serial Dark Shadows, in various episodes between 206 and 1245, which aired from 1966-1971.
He accumulated roles on both stage and television before winning one of his signature roles in 1967 in the daytime serial Dark Shadows. It was Karlen's pivotal character of Willie Loomis who released vampire Barnabas Collins from his coffin, setting off the events of the series. Karlen would stay with the television series for 182 episodes, playing various characters through 1971. He departed the show on two different occasions.

Karlen moved to a series of guest appearances on television productions, establishing himself in 1982 as Harvey Lacey, husband of Tyne Daly's character Mary Beth Lacey on Cagney & Lacey . He appeared in 110 episodes over six years. Karlen won an Emmy Award for his portrayal of Harvey Lacey in 1986; he received 2 further nominations, in 1985 and 1987.
In 1963, Karlen married acting teacher Betty Karlen but divorced in 1998; they had one child, Adam (born 1966).