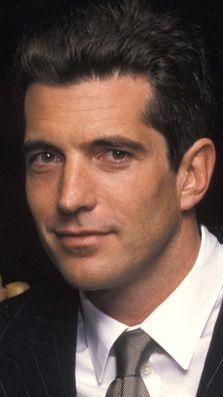 John passed away on July 16, 1999 at the age of 38 in Martha's Vineyard, Massachusetts, United States. John's cause of death was plane crash.

John Fitzgerald Kennedy Jr., often referred to as JFK Jr. was an American lawyer, journalist, and magazine publisher. He was the only surviving son of President John F. Kennedy and First Lady Jacqueline Kennedy, and younger brother of Caroline Kennedy. His father was assassinated just before his third birthday.
On July 16, 1999, Kennedy departed from Fairfield, New Jersey, at the controls of his Piper Saratoga light aircraft. He was traveling with his wife Carolyn and sister-in-law Lauren Bessette to attend the wedding of his cousin Rory Kennedy at Hyannis Port, Massachusetts after first dropping Lauren off in Martha's Vineyard. He had purchased the plane on April 28, 1999, from Air Bound Aviation. Carolyn and Lauren were passengers sitting in the second row of seats. Kennedy had checked in with the control tower at the Martha's Vineyard Airport, but the plane was reported missing after it failed to arrive on schedule.

On July 18, a Coast Guard admiral declared an end to hope that Kennedy, his wife and her sister could be found alive. On July 19, the fragments of Kennedy's plane were found by the NOAA vessel Rude using side-scan sonar. The next day, Navy divers descended into the 62 °F (17 °C) water. The divers found part of the shattered plane strewn over a broad area of seabed 120 feet (37 m) below the surface of the Atlantic Ocean. The search ended in the late afternoon of July 21, when the three bodies were recovered from the ocean floor by Navy divers and taken by motorcade to the county medical examiner's office. The discovery was made from high-resolution images of the ocean bottom. Divers found Carolyn and Lauren's bodies near the twisted and broken fuselage while Kennedy's body was still strapped into the pilot's seat. Admiral Richard M. Larrabee of the Coast Guard said that all three bodies were "near and under" the fuselage, still strapped in.
On the evening of July 21, the bodies were autopsied at the county medical examiner's office; the findings revealed that the crash victims had died upon impact. At the same time, the Kennedy and Bessette families announced their plans for memorial services. On July 21, the three bodies were taken from Hyannis to Duxbury, Massachusetts, where they were cremated in the Mayflower Cemetery crematorium. Ted Kennedy favored a public service for John, while Caroline Kennedy insisted on family privacy. On the morning of July 22, their ashes were scattered at sea from the Navy destroyer USS Briscoe off the coast of Martha's Vineyard.