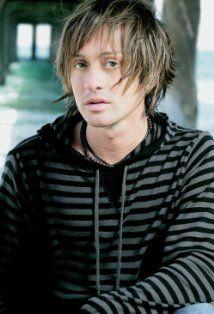 Johnny Alonso is alive and kicking and is currently 52 years old.
Please ignore rumors and hoaxes.
If you have any unfortunate news that this page should be update with, please let us know using this .

Johnny Alonso got his acting degree from N.Y.U.'s Actor's Studio. A casting director saw Alonso's work at a showcase and invited him to read at ABC Studios. Alonso landed which turned into a one year contract role as "Seth," a Pine Valley High School student on All My Children after graduating from N.Y.U. From there many gigs followed: the character "David Scholtz" a guest starring role next to Ned Betty and Andre Brauer on "Homicide", a two episode guest starring contract on Buffy, The Vampire Slayer, a contract role next to Samuel L. Jackson in "Rules Of Engagement", "Mickey" a guest starring lead on the Growing Pains Reunion II, and as the bass playing boyfriend of Rachel Leigh Cooke's character in Stateside. Johnny also played the core lead character "Johnny Kowolski" on the award winning educational PBS series "Number's Alive! Alonso's most prominent roles to date have been his 8 episode recurring role as "Jimmy Franco", a snide junior stock broker, on the last season of Dawson's Creek and his 6 episode core recurring as "Joey D." Haley and Chris' band manager on One Tree Hill. Johnny was also featured as a guest starring role on the award winning series "A Haunting" as the character "Mike Esperanza". Johnny's latest feature "Coffin" shows off his acting skills and talent as the dark character "Trick" where he is third billed starring next to actors Kevin Sorbo and Bruce Davison. You can also "hear" Johnny as he guides you thru the exhibit "Remember The Children" as the voice of "Daniel" at the Smithsonian Holocaust Museum in Washington D.C. His voice has guided millions of visitors thru this Smithsonian exhibit since the museum's opening day. Hitting his cool stride this actor has worked non-stop in many other series and projects including the F.B.I. Files, The Passing, Good People, Click on This, and Vampires: Rise Of The Fallen. Alonso is also one of the main hosts of the Emmy award winning series NASA 360.