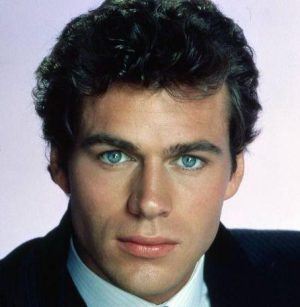 Jon passed away on October 18, 1984 at the age of 26 in Century City, California, USA. Jon's cause of death was accidentally being shot by himself.

Jon-Erik Hexum (November 5, 1957 – October 18, 1984) was an American model and actor. He died as a result of an accidental self-inflicted blank cartridge gunshot round to the head on the set of the CBS television series Cover Up in which he played the male lead.
Hexum was born in Englewood, New Jersey, to Gretha and Thorleif Hexum, who were of Norwegian descent. He and his elder brother, Gunnar, were raised in Tenafly, New Jersey, by their mother after their parents divorced when Hexum was four. After graduating from Tenafly High School, Hexum went on to Case Western Reserve University in Cleveland to study biomedical engineering. He soon left that university, however, and transferred to Michigan State University in East Lansing, Michigan. During that time, he worked as a radio disc jockey, played football on the 1978 squad, and acted in minor stage roles.

On October 12, 1984, the cast and crew of Cover Up were filming the seventh episode of the series "Golden Opportunity" on Stage 17 of the 20th Century Fox lot. One of the scenes filmed that day called for Hexum's character to load bullets into a .44 Magnum handgun, so he was provided with a functional gun and blanks. When the scene did not play as the director wanted it to in the master shot, there was a delay in filming. Hexum became restless and impatient during the delay and began playing around to lighten the mood. Apparently, he had unloaded all but one (blank) round, spun it, and, apparently simulating Russian roulette with what he thought was a harmless weapon, at 5:15 p.m., he put the revolver to his right temple and pulled the trigger.
Hexum was rushed to Beverly Hills Medical Center, where he underwent five hours of surgery to repair his wounds. On October 18, six days after the accident, Hexum was declared brain dead. With his mother's permission, his body was flown to San Francisco on life support, where his heart was transplanted into a 36-year-old Las Vegas man at California Pacific Medical Center. Hexum's kidneys and corneas were also donated: One cornea went to a 66-year-old man, the other to a young girl. One of the kidney recipients was a critically ill five-year-old boy, and the other was a 43-year-old grandmother of three who had waited eight years for a kidney. Skin that was donated was used to treat a 3½-year-old boy with third degree burns. Hexum's body was then flown back to Los Angeles. He was cremated at Grandview Crematory in Glendale, California, and a private funeral was held. His ashes were scattered in the Pacific Ocean, near Malibu, California, by his mother. He left an estate estimated to be worth $255,000.
Hexum's death was ruled accidental. His mother later received an out-of-court settlement from 20th Century Fox Television and Glen A. Larson Productions, the production team behind Cover Up.