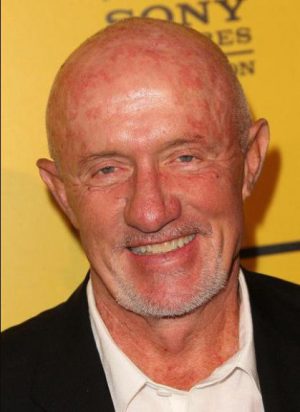 Jonathan is alive and kicking and is currently 75 years old.
Please ignore rumors and hoaxes.
If you have any unfortunate news that this page should be update with, please let us know using this .

Jonathan Ray Banks (born January 31, 1947) is an American actor. His first notable film roles were in the films Airplane!, 48 Hrs., and Beverly Hills Cop. He has received critical acclaim for his role as Mike Ehrmantraut in the TV shows Breaking Bad and Better Call Saul, as well as Frank McPike in Wiseguy.