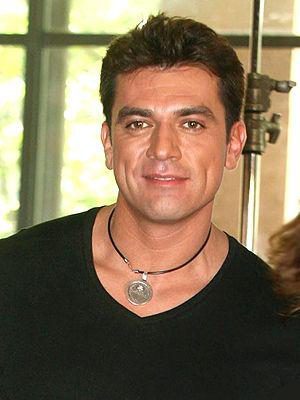 Jorge is alive and kicking and is currently 53 years old.
Please ignore rumors and hoaxes.
If you have any unfortunate news that this page should be update with, please let us know using this .

Does Jorge Salinas Have the coronavirus?

Jorge Salinas Pérez is a Mexican television and film actor, best known for his leading roles in telenovelas. In 1999, he starred as the lead of Sexo, pudor y lágrimas and in 2000, he participated in the film Amores perros alongside Gael García Bernal.
In 2008, he was one of the leading actors of the successful telenovela Fuego en la sangre, where he shared credits with Adela Noriega and Eduardo Yáñez. In 2011, he starred in La que no podia amar as the lead Rogelio Montero Baez, alongside Ana Brenda Contreras, José Ron and Susana González.

Salinas has a daughter, Gabriela (born 1995), from his relationship with Adriana Cataño; twin sons Santiago and Jorge Emilio (born 2005), with his ex-wife Fátima Boggio; and a daughter, Valentina (born 2006), from an affair with actress Andrea Noli.
On October 15, 2011, he married actress Elizabeth Alvarez, whom he met while filming the telenovela Fuego En La Sangre. In July 2015, he and his wife, Elizabeth, confirmed that she was pregnant with twins, a boy and a girl, who were born on 2 December and named Máxima and León.