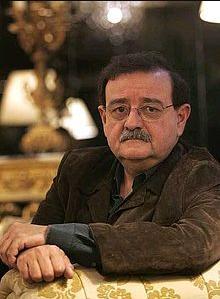 José is alive and kicking and is currently 76 years old.
Please ignore rumors and hoaxes.
If you have any unfortunate news that this page should be update with, please let us know using this .

José Esparza is a Venezuelan American virologist who lives in the USA, appointed as President of the Global Virus Network since January 2016. He is known for his efforts to promote the international development and testing of vaccines against HIV/AIDS. During 17 years (till 1985) he pursued an academic career at the Venezuelan Institute for Scientific Research (IVIC), attaining positions as full professor of virology and chairman of its Department of Microbiology and Cell Biology. From 1986 to 2014 he worked continuously as a viral vaccine expert and senior public health adviser for international health policy agencies such as the World Health Organization, the Joint United Nations Programme on HIV/AIDS, and the Bill & Melinda Gates Foundation. José G. Esparza is currently an adjunct professor of medicine, at the Institute of Human Virology (University of Maryland School of Medicine). He is the President of the Global Virus Network.