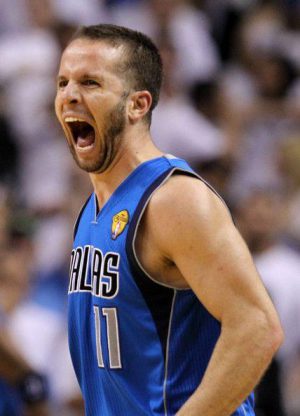 Jose is alive and kicking and is currently 37 years old.
Please ignore rumors and hoaxes.
If you have any unfortunate news that this page should be update with, please let us know using this .

Does José Juan Barea Have the coronavirus?

José Juan "J.J." Barea Mora is a Puerto Rican professional basketball player for the Dallas Mavericks of the National Basketball Association. He played college basketball for Northeastern University before joining the Mavericks in 2006 and becoming just the seventh Puerto Rican to play in the NBA. He went on to win an NBA championship with the Mavericks in 2011 before signing with the Minnesota Timberwolves where he played for the next three seasons. He has also played in the NBA Development League and the Baloncesto Superior Nacional.
Barea was born in the Puerto Rican municipality of Mayagüez in 1984 to parents Marta (née Mora) and Jaime Barea. Growing up in Mayagüez, Barea was a member of Boy Scouts of America Troop 790 for seven years.

In March 2011, Barea confirmed he was in a relationship with Miss Universe 2006 Zuleyka Rivera. In July 2011, they confirmed that they were expecting their first child. Rivera gave birth to their son Sebastián José Barea Rivera in February 17, 2012. Barea was present during the birth. The couple later split in April 2013.
In the summer of 2013, Barea started dating actress and Miss Universe Puerto Rico 2011 Viviana Ortiz. In February 2016, they confirmed that they were expecting their first child. Their daughter Paulina Barea Ortiz was born in March 31, 2016. Barea and Ortiz got married on August 20, 2016, in a lavish ceremony at the church of the Universidad del Sagrado Corazón in San Juan, Puerto Rico.