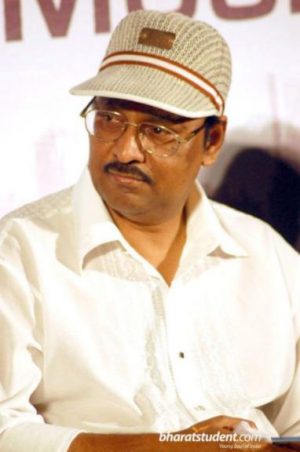 K is alive and kicking and is currently 69 years old.
Please ignore rumors and hoaxes.
If you have any unfortunate news that this page should be update with, please let us know using this .

K. Bhagyaraj is a Tamil film director, actor, screenwriter and producer. He has also written and directed Tamil films, Telugu, Hindi films and TV serials. He won a Filmfare Best Actor Award for Mundhanai Mudichu (1983). a film he wrote, directed and starred in and also wrote the script for its remake in Hindi Masterji directed by K. Raghavendra Rao starring Rajesh Khanna.He is editor of weekly magazine Bhagya and has also written several novels.He has also been music composer in films like Idhu Namma Aalu,Pavunnu Pavunuthan, Gnanapazham.