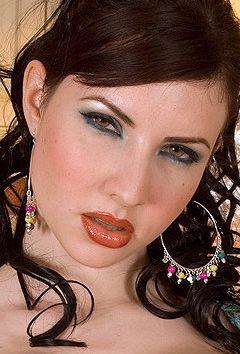 Karina is alive and kicking and is currently 35 years old.
Please ignore rumors and hoaxes.
If you have any unfortunate news that this page should be update with, please let us know using this .

Karina Hart is a Czech adult model with fair skin, long dark hair, and a 42-inch natural bustline. She is featured on Scoreland, where she rose quickly to become the most popular model She also has her own website, a Scoreland production.In November 2008 she starred in the Score video Busty Riding Academy in which she made her boy/girl debut in a scene with Carlo Carrera. She has done no further heterosex scenes since then.
In March 2011 she appeared on PinupFiles as Kay Loove. On several sites she is claimed to have HH cup boobs but a quoted bra size of 34H, so the issue of her bra size is a little confused. In 2009, she won the 2008 SCORE Newcomer of the Year award, and the year after, she won 2009 SCORE Model of the Year.

Karina says her life has become very busy since she started modeling for SCORE and Voluptuous. "I never dreamed it would be like this when I discovered SCORE at BeASCOREModel.com,” she said. "I thought I would model once or twice, and that would be it. I didn't plan on becoming a star!”