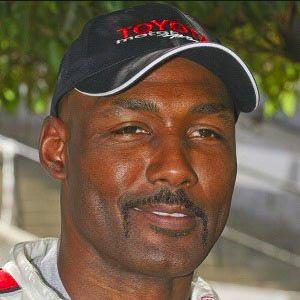 Karl is alive and kicking and is currently 58 years old.
Please ignore rumors and hoaxes.
If you have any unfortunate news that this page should be update with, please let us know using this .

Does Karl Malone Have the coronavirus?

Karl Malone entered the NBA in 1985 with the Utah Jazz. He lead the team into the NBA Finals in 1998 and 1999. He was named to the All-NBA first team 11 times and won gold medals at the Olympics in 1992 and 1996. He was twice named the NBA's Most Valuable Player (1997, 1999). In 2003 he left the Jazz and played his final season with the Los Angeles Lakers.
Malone is an avid hunter and fisherman. He owns a summer home near the Kenai River in Alaska. In July 1998, Malone joined his Jazz teammates Chris Morris and Bryon Russell, some family members, corporate leadership of Q-Lube, and winners of a Q-Lube contest for a four-day fishing trip to Alaska.