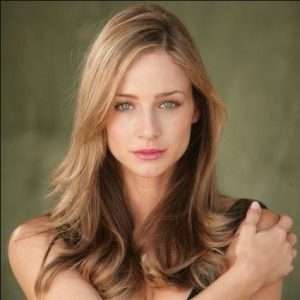 Katharine is alive and kicking and is currently 43 years old.
Please ignore rumors and hoaxes.
If you have any unfortunate news that this page should be update with, please let us know using this .

Does Katharine Towne Have the coronavirus?

Katharine Towne's father, Robert Towne, is still alive and kicking at the age of 87. He is American and has had a career as a screenwriter.

Though bloodline practically obligated her to make a brief attempt at a career as a screenwriter, actress Katharine Towne, soon realized that though she had been going through the motions of a writer, her true calling was in acting. Dropping her pen and enrolling in acting classes, Towne soon began to realize and refine her ambitions, making her debut in one of her father's few directorial efforts, Without Limits, in 1998, and launching a successful career as an actress.Born in Hollywood, in July 1978, and raised in Los Angeles, Towne turned to television in 1999, with a role in Buffy the Vampire Slayer. Appearing the same year in such popular teen films as She's All That and Go, and the following year in The In Crowd, Towne appeared as Harrison Ford's daughter in the supernatural thriller What Lies Beneath (2000) before returning to television for a stint in M.Y.O.B. and The Near Future. After getting laughs in Evolution (2001), Towne took a turn for the surreal in director David Lynch's Mulholland Drive.