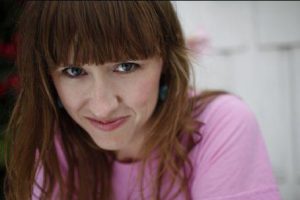 Kathleen is alive and kicking.
Please ignore rumors and hoaxes.
If you have any unfortunate news that this page should be update with, please let us know using this .

LOVE SUPERSTAR, released on Revolutionary Heart Records in 2014, is Kathleen Smith’s first full-length studio album.Co-produced by Smith and 3-time Grammy-award winning producer/engineer Trina Shoemaker (Sheryl Crow, Emmylou Harris, Brandi Carlile), LOVE SUPERSTAR is a gem of feel-good music, a quirky bright pop confection about following one’s heart and trusting big dreams.Featuring an all-star cast of musicians who have graced stages and studios with Sara Bareilles, Ryan Adams, Shakira, and the Indigo Girls (just to name a few), the record takes its listener on a journey through a world where feeling is everything and anything is possible if we just listen to our hearts. Songs from the record are already making their way in the world. “Fire in My Heart” premiered at Starbucks stores nationwide in October 2015 as part of their in-store playlist, and other songs have been featured in the award-winning indie film “Seeking Dolly Parton” (2015). No stranger to exposure (songs from her previous EPs have been heard on MTV, NBC and KCRW), Smith is thrilled with the warm reception her latest record is receiving. “I hope anyone who would be encouraged by LOVE SUPERSTAR gets to hear it,” says Smith. “I want people to feel good, to know that they are special and that their dreams matter. Essentially, this record is a love letter from my heart to the world.”LOVE SUPERSTAR can be found wherever music is sold online. (And wherever Kathleen is currently daydreaming.)