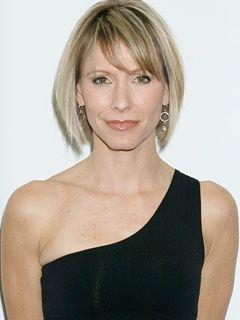 Kelley is alive and kicking and is currently 55 years old.
Please ignore rumors and hoaxes.
If you have any unfortunate news that this page should be update with, please let us know using this .

Kelley Menighan Hensley (born February 15, 1967 in Glenview, Illinois) is an American actress best known for her role as Emily Stewart on As the World Turns. She appeared on the program from 1992 until the series finale in 2010. She earned Daytime Emmy Nominations in 2002 and again in 2008 for Best Supporting Actress.