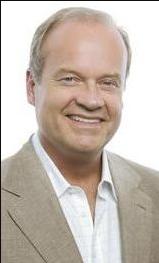 Allen is alive and kicking and is currently 67 years old.
Please ignore rumors and hoaxes.
If you have any unfortunate news that this page should be update with, please let us know using this .

Does Kelsey Grammer Have the coronavirus?

Allen Kelsey Grammer is an American actor, voice actor, comedian, producer, director, writer, singer and activist. He has won five Primetime Emmy Awards, three Golden Globe Awards, and one Tony Award, and has also worked as a television producer, director, writer, and as a voice actor on The Simpsons as Sideshow Bob (for which he received his fifth Primetime Emmy). He also recently won a Daytime Emmy Award for Outstanding Performer in an Animated Program for his voice work in Guillermo del Toro's award-winning series Trollhunters.
Grammer has been married four times and has seven children and one grandchild as of 2016. His first marriage to dance instructor Doreen Alderman, lasted from 1982 to 1990, although they were separated for the last six years of that period. They have one daughter, actress Spencer Grammer (born October 9, 1983). Through Spencer, Grammer has one grandson, Spencer's son Emmett Emmanual Hesketh (born October 10, 2011).

On May 31, 2008, while paddleboarding with his then-wife Camille in Hawaii, Grammer experienced a heart attack. He was discharged on June 4, 2008, and was said to be "resting comfortably" at his Hawaiian residence. Seven weeks after the attack, Grammer told Entertainment Tonight that, although at the time his spokesman described the attack as mild, it was in fact more severe, almost leading to his death, as his heart had stopped. Grammer thought Fox's decision to cancel his TV sitcom Back to You contributed to his health problems, stating that "It was a very stressful time for me, and a surprise that it was cancelled. But you know, everything that doesn't kill us—which it almost did—makes us stronger!"
On June 28, 2008, Grammer checked into an undisclosed Manhattan hospital after complaints of feeling faint. Other reports said Grammer was hospitalized for an irregular heartbeat. His publicist said that it may have been due to a reaction to medication.