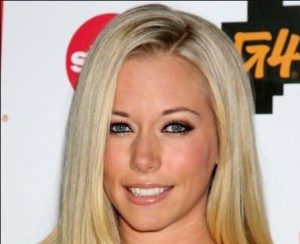 Kendra is alive and kicking and is currently 36 years old.
Please ignore rumors and hoaxes.
If you have any unfortunate news that this page should be update with, please let us know using this .

Does Kendra Wilkinson Have the coronavirus?

Patti's information is not available now.

A native of Southern California who was born and raised in San Diego, Playboy model and Hugh Hefner girlfriend Kendra Wilkinson attended Clairemont High School and then accepted a position as a dental assistant, when her photograph landed on Hefner's desk and caught his attention. A mutual acquaintance subsequently contacted Wilkinson on Hefner's behalf and invited her to attend his exclusive 78th birthday celebration as body-painted entertainment for the party. Not long after, Hefner invited her to move into the Playboy mansion as one of his girlfriends-in-residence, an invitation she promptly accepted. She then appeared as a centerfold in Playboy magazine and starred, opposite Hefner, Holly Madison, and Bridget Marquardt, in the E! network reality series The Girls Next Door. Wilkinson also appeared opposite Madison in the genre parody Scary Movie 4. She got her own reality show, Kendra, in 2009, and competed in the 12th season of Dancing With the Stars in 2011. In 2012, she left the E! network, launching a new reality show, Kendra on Top, on WEtv.