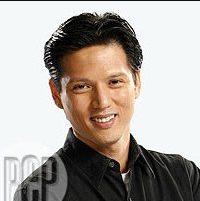 Kier is alive and kicking and is currently 49 years old.
Please ignore rumors and hoaxes.
If you have any unfortunate news that this page should be update with, please let us know using this .

Kier Legaspi's father, Lito Legaspi, is still alive and kicking. He is Filipino and has had a career as a actor.

Kier Legaspi (born 1973, in the Philippines) is a Filipino actor. He is the brother of fellow actors Zoren Legaspi and Brando Legaspi and also the son of Lito Legaspi.
Kier has two daughters with actress Marjorie Barretto named Dani Barretto and Gretchen Baretto. Sources have revealed that Danny might have a rocky relationship with her father Kier. This is after Dani chose her mother to walk her down the aisle during her wedding.

Kier has been in a relationship with Marjorie. They even have a Daughter named Dani Barretto.But it was revealed that the family is facing some issues. However, Kier has not come to reveal what the issues are affecting the family.