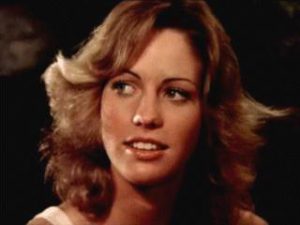 Kirsten is alive and kicking and is currently 60 years old.
Please ignore rumors and hoaxes.
If you have any unfortunate news that this page should be update with, please let us know using this .

Kirsten was born to Mai-Britt Gabrielsen in Norway, but at six weeks of age was brought to California and adopted by William and Sally Baker. Kirsten, along with her younger brother Clayton, were raised just outside of Los Angeles. Before graduating from high school with a golden-seal mid-term, Kirsten had begun modeling to save money for art school. She started with Adrian's Teen Modeling Agency in Pasadena, and then transferred to Nina Blanchard in L.A.Kirsten Baker made her film debut in "California Dreaming". Throughout the late 1970s and early 1980s, she worked as an actress in feature films and television, as well as a print model for Cannon Pictures. This led to a modelling career which she pursued into the early 1990s. Circa 1993, Kirsten was no longer acting or modelling; she was employed at an art gallery on Melrose Ave. in Los Angeles, CA.