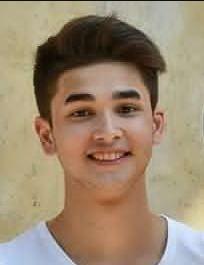 Kobe is alive and kicking and is currently 24 years old.
Please ignore rumors and hoaxes.
If you have any unfortunate news that this page should be update with, please let us know using this .

Does Kobe Paras Have the coronavirus?

Kobe Paras's father, Benjie Paras, is still alive and kicking at the age of 53. He is Filipino and has had a career as a actor, basketball coach, former basketball player, comedian.

Kobe Lorenzo Paras is a Filipino basketball player and has played for the Philippine 3x3 basketball team. He signed a National Letter of Intent to play college basketball in the United States for the UCLA Bruins. He is the son of Philippine Basketball Association legend, Benjie Paras.
Amidst speculations that Paras would pursue a basketball career in the National Basketball Association after he announced that he was going pro and leaving CSUN, Paras clarified that he is open to playing with any professional league. Also by not signing with an agent, he would still remain eligible to return to CSUN. He returned to the Philippines to play for the Gilas Cadets squad that will be competing in the FilOil Flying V Premier Cup. However he set aside plans to start his professional career deciding to play for collegiate basketball with the University of the Philippines starting 2019.

Paras is the son of Filipino basketball star and actor Benjie, a two-time PBA MVP and the only player in PBA history to be named Rookie of the Year and MVP in the same season, and former actress Jackie Forster. Paras' older brother, Andre, played college basketball in the Philippines and is now an actor. He also has two half-brothers from his father's second marriage, Riley and Sam, and two half-brothers and a half-sister from his mother's second marriage.