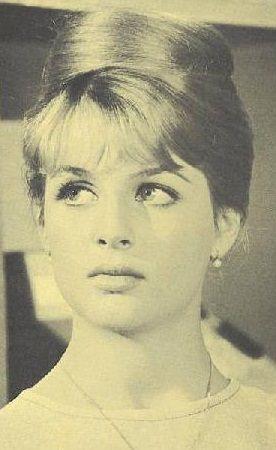 Kristin Harmon's father, Tom Harmon, died on March 15, 1990 as he was 70 years old. His cause of death was heart attack.

Kristin Nelson Harmon is an American primitive painter, actress and author, once married to the actor and musician Ricky Nelson.
Harmon is the daughter of football star Tom Harmon and actress Elyse Knox. Her brother Mark is an actor and her sister Kelly is an actress-model. Harmon began dating her longtime friend Ricky Nelson on Christmas Day, 1961.

A year later, the couple announced their engagement,. They were married on April 20, 1963, in a Catholic ceremony at St. Martin of Tours Catholic Church in Los Angeles. Harmon was pregnant, and Nelson later described the union as a "shotgun wedding." Nelson, a non-practicing Protestant, received instruction in Catholicism before the wedding and signed a pledge to have any children of the union baptized in the Catholic faith.
By 1975, the Nelsons were on the verge of breaking up. When Nelson returned from a tour in 1977, he discovered Harmon had moved him out of their home and into a rented house. Less than a month later, she found him there with two Los Angeles Rams Cheerleaders. Nelson later claimed that she set him up to use the incident against him in court.
In October 1977, Harmon filed for divorce and asked for alimony, custody of their four children and a portion of community property, but the couple temporarily reconciled.
In April 1980, the couple bought Errol Flynn's 1941 Mulholland Drive estate for $750,000. Harmon wanted Nelson to give up music, spend more time at home, and focus on acting, but Nelson continued touring relentlessly. The dispute over Nelson's career created unpleasantness at home.
In October 1980, Harmon again filed for divorce. Attempts to negotiate a preliminary settlement agreement were unsuccessful. In February 1981, Harmon was temporarily granted custody of the children and $3,600 in spousal support. Nelson was required to pay a number of family expenses such as property taxes, doctor bills, and school tuition. Harmon claimed Nelson was hiding assets, but in fact Nelson was almost broke. Accusations of drug and alcohol use and poor parenting were exchanged and, after two years of acrimony, the couple was divorced in December 1982. The divorce was financially devastating for Nelson with attorneys and accountants taking over $1 million.