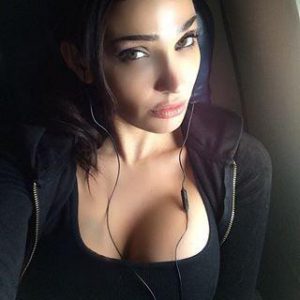 Kristina is alive and kicking and is currently 34 years old.
Please ignore rumors and hoaxes.
If you have any unfortunate news that this page should be update with, please let us know using this .

Kristina Basham is a California native. She was born in Walnut Creek, CA. Her parents were both rooted in the Pleasant Hill/Concord area. Her mother is of Middle Eastern and German descent, and her father is of Italian and French descent. Kristina is a 3rd generation American.At age 3, her family moved to Fairfield, a city in the North Bay. This is where she began elementary school. She started early, at age 4. During her first year of Kindergarten, teachers noticed Kristina was not like the other children. She constantly worried. She also had some strange habits such as counting, constant need to wash her hands, as well as various abnormal social behavior. She had inability to bond, and was highly introverted. She was exceptionally intelligent, but very closed off and had trouble making friends. She was very detached from the world around her. At the end of her first year of kindergarten, both her teachers and parents made the decision to keep her in Kindergarten another year. They felt she was not ready. They had to find out what was going on, the problems she had, and how to fix them.At age 5, Kristina began her second year of kindergarten. The same year she was also diagnosed as having Obsessive Compulsive Disorder or "OCD". Treatment immediately began, and by the end of her second year of Kindergarten, she began to thrive.By first grade, It became clear that Kristina was scholastically ahead of her peers. To the point where her teacher, gave her extra complex assignments just to keep up with her desire to learn, and solve problems. By the end of second grade, her school made the reccomendation for Kristina to skip 2 grades or enter the GATE program for gifted students. Her parents decided it was not a good idea, as Kristina was still having social and bonding issues and felt it would cause her to withdraw even more. Throughout the remainder of her time in elementary school, she was at the top of her class scholastically and won a gold medal for winning a 20 mile cross country race.She entered middle school as an honor student. She continued to thrive. By this time, she had learned to play the Piano, flute, and clarinet. She was also on the cross country track team and student council.In 6th grade, age 11, Kristina's father and her were sitting in a restaurant, when a woman approached. She asked her father if he had ever considered putting her into modeling. She eventually signed with a local agency and began working immediately. She had to give up track and music due to the lack of time between modeling and homework. Modeling forced her to interact with people on a regular basis and she slowly came out of her shell. In high school, she continued to model, maintain a place on the honor roll, and eventually became somewhat of a "typical" teenager.At graduation, Kristina was assumed to be valedictorian. When another student ended up valedictorian, she took it hard, and began to withdraw again. She started losing interest in things such as friends, and modeling.Kristina ended up attending University of California, Berkeley where she received her Bachelor's in art in Economics. During college, she got married and had her first child. She was working for a local hospital, going to school, studying, and assuming the role of wife and mother.After getting her degree she made the highly unusual choice of attending Graduate school also at University of California, Berkeley where she receved her Masters in Art in Financial Economics. She eventually landed a corporate job. Working in a coroporate environment that limited her creativity and mental stimulation, she became depressed. By this time, she had her second child, and her marriage was over. She knew something had to change. She could not live out her days miserable, hating her life, and not spending enough time with her kids.She decided to walk away. She quit her job, and quickly signed with a modeling agency in New York City, and a modeling agency in London. The next 2 years were a whirlwind of Modeling, traveling, which eventually also took its toll. She was unhappy again and mentally in a very dark place. She did some things she was not proud of, and felt she was becoming something she did not want to be. Just like her corporate job, she decided it was time to walk away. In early 2016, she made the decision to pursue her dream of opening a bakery, which enriched her life immensely. She currently resides in the San Francisco bay area, and spends her time being a mother, managing her bakery, and traveling. Kristina still models very selectively at events such as New York Fashion Week, London Fashion Week, Paris Fashion Week, and Milan Fashion Week.Kristina is also active in support of children's causes such as Make a Wish foundation