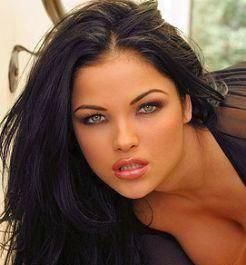 Lanny is alive and kicking and is currently 40 years old.
Please ignore rumors and hoaxes.
If you have any unfortunate news that this page should be update with, please let us know using this .

Does Lanny Barbie Have the coronavirus?

Lanny Barby (born 29 August 1981 in Montreal, Quebec) is a French Canadian pornographic actress.Lanny Barby`s adult career began in her words "about five seconds after my eighteenth birthday". It started off rather slow in 2001 with her appearance in World Sex Tour 24: Canada, a low budget porno and a year later with an appearance in 2 on 1 #14 and Lewd Conduct 15. During this time Lanny Barby shot for Canadian content providers like adultcontent.ca under the name Lenny Barbie. This content, including scenes with Bruno B, appears in multiple websites.It was at this point in her life that Barby got serious about her career in adult entertainment. In 2003 she performed in ten movies, and her career has gradually improved since then. Barby has appeared on the covers of several men`s magazines, including Hustler, Club, and Penthouse, for which she was Penthouse Pet of the Month in June 2003. Barby married male pornstar Julian on 5 March 2005, who is 11 years her senior. Her husband has performed under the names Julián Ríos, Julián Ruíz, Julian Andretti or Jordan Rivers. Just a few weeks after getting married on 1 April 2005 it was announced by Vivid Entertainment that they had just signed Barby for a two year exclusive contract, making Barby the first Vivid Girl from Montreal. There has been much confusion with the spelling of Barby`s name over the years. She has been referred to as Lanny Barbie, Lani Barby, Lannie Barby, and many other spelling variations of the same name. But the moment she signed her contract with Vivid Entertainment, it became official that the legal spelling of her name from that point on would be Lanny Barby. In April 2009, a report appeared online stating that Barbie had left the adult film business and returned to Canada.