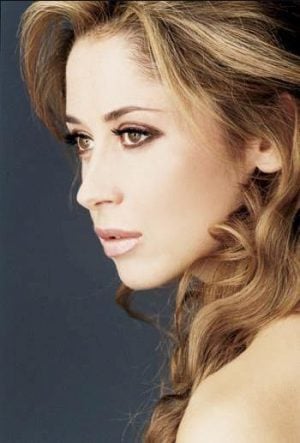 Lara is alive and kicking and is currently 52 years old.
Please ignore rumors and hoaxes.
If you have any unfortunate news that this page should be update with, please let us know using this .

Does Lara Fabian Have the coronavirus?

Lara Crokaert, better known as Lara Fabian, is a Belgian-Canadian singer. She has sold over 20 million records worldwide and is the best-selling Belgian female artist of all time. She was born in Etterbeek, Brussels to a Belgian father and a Sicilian mother. Since 1996 she holds a Canadian citizenship alongside the original Belgian.
Fabian is a full lyric soprano with a vocal range that spans three octaves from C3 to G♯6 in live performances. She is multilingual, in fact she speaks French, Spanish, Italian and English. She has also sung in Azerbaijani, German, Greek, Hebrew, Portuguese, Russian, and Turkish.

Constant touring in Québec helped Fabian's 1994 album Carpe diem become her breakthrough album. The album went Gold three weeks after its release, and spawned three hit singles: "Tu t'en vas", "Si tu m'aimes", and "Leïla". The following year, the album went triple platinum.
Fabian received two Félix awards at the 1995 ADISQ gala: Best Show Of The Year and Best Female Singer Of The Year (a category that is voted for by the public).
In 1996, Walt Disney Studios hired Fabian to voice the character of Esmeralda in the French version of the animated feature The Hunchback of Notre Dame. Disney also included "Que Dieu aide les exclus", Fabian's French version of the song "God Help The Outcasts", on the film's English soundtrack album alongside Bette Midler's version.
In September 2018 Fabian announced the upcoming release of her new single, "Papillon". Written by Fabian, Moh Denebi and Sharon Vaughn. The single was released on October 5, 2018. It's the first single from her fourteenth album released on February 8, 2019.