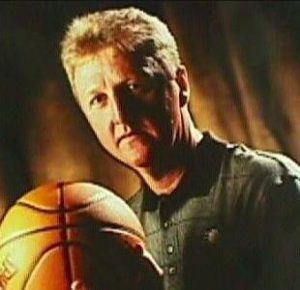 Larry is alive and kicking and is currently 65 years old.
Please ignore rumors and hoaxes.
If you have any unfortunate news that this page should be update with, please let us know using this .

Larry Joe Bird (born December 7, 1956) is an American retired professional basketball player who played for the Boston Celtics of the National Basketball Association (NBA). Since retiring as a player, he has been a mainstay in the Indiana Pacers organization, currently serving as team president.
Drafted into the NBA sixth overall by the Boston Celtics in 1978, Bird started at small forward and power forward for thirteen seasons, spearheading one of the NBA's most formidable frontcourts that included center Robert Parish and forward Kevin McHale. Bird was a 12-time NBA All-Star and was named the league's Most Valuable Player (MVP) three consecutive times (1984–1986). He played his entire professional career for Boston, winning three NBA championships and two NBA Finals MVP awards.

After retiring as a player, Bird served as head coach of the Indiana Pacers from 1997 to 2000. He was named NBA Coach of the Year for the 1997-1998 season and later led the Pacers to a berth in the 2000 NBA Finals. In 2003, Bird was named President of Basketball Operations for the Pacers, holding the position until retiring in 2012.
He was named NBA Executive of the Year for the 2012 season. Bird returned to the Pacers as President of Basketball Operations in 2013 and remained in that role until 2017.
Bird married Dinah Mattingly in 1989. They have two adopted children, Conner and Mariah. Bird also has a biological daughter, Corrie, from his first marriage to high school classmate Janet Condra. He has four brothers, Mike, Mark, Jeff, and Eddie, and a sister, Linda. Eddie also played basketball at Indiana State from 1986 to 1990 and today is the city park superintendent at Terre Haute.