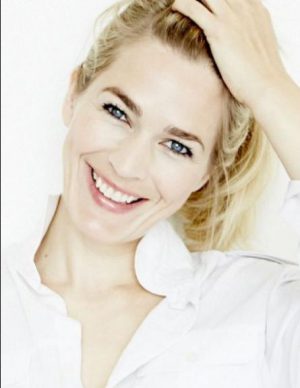 Laura is alive and kicking and is currently 43 years old.
Please ignore rumors and hoaxes.
If you have any unfortunate news that this page should be update with, please let us know using this .

Laura Bach is a well-known Danish Actress. She has taken acting classes in Copenhagen, London, LA and South Africa. Her big breakthrough came when she landed the lead in the show about serial killers Those Who Kill. She played Katrine, a tough cop with a dark history. The show was also made into a movie. She insisted on tripling her time on the gun-shooting range before they started filming, so as to get all the movements just right. Born in a multi-talented family. Her father is a composer / pianist / journalist / film producer and long time ad-man with more than a 100 awards to his name. Her mother is an actress who started over at 40 and educated herself to become a psychotherapist. Laura is also very active in anti-trafficking, and has of October 2014 just done a pilot for a documentary series where she exposes human trafficking in Cambodia. A little known fact is that she won every single dance competition she entered from ages 8-15 where she shelved her dancing shoes and turned to acting instead. Laura is an accomplished singer and has appeared in a number of musicals.