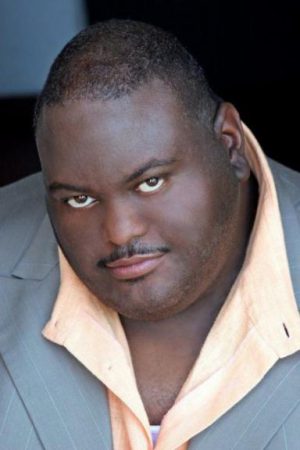 Lavell is alive and kicking and is currently 53 years old.
Please ignore rumors and hoaxes.
If you have any unfortunate news that this page should be update with, please let us know using this .

Lavell Maurice Crawford (born November 11, 1968) is an American stand-up comedian and actor. He is best known for playing Huell Babineaux in Breaking Bad. Crawford was born in St. Louis, Missouri. He attended Pattonville High School in Maryland Heights, Missouri, where he graduated in 1986. As a child, he suffered from numerous hardships, including a struggle with weight, a near-drowning at age ten, and abandonment by his father, who was a bodybuilder. However, as of 2010, the two have reconnected.
Crawford frequently performed on BET's ComicView in the 90's. Lavell was a contestant on NBC's Last Comic Standing in 2007, where in the two-hour season finale he lost to Jon Reep. In 2011 at the Roberts Orpheum Theatre in St. Louis, he recorded Lavell Crawford: Can a Brother Get Some Love. He went on to appear on the crime drama series Breaking Bad as Saul Goodman's bodyguard Huell Babineaux, and on It's Always Sunny in Philadelphia as a stand-up comedian going by the stage name Landslide.

He also appeared in an episode of Tosh.0, where he helps "the worst stand-up comedian" redeem himself. He has a small supporting role in the 2015 film American Ultra. Crawford has made multiple appearances on The Nightly Show with Larry Wilmore in 2015, both as a special correspondent and as a panel member. On Adult Swim, Crawford made a guest appearance in Aqua TV Show Show as Unbelievable Ron and a chimp alien. He also made a celebrity guest appearance in Squidbillies, as well as Your Pretty Face is Going to Hell. In 2016, Crawford dropped up to 120 pounds in weight. In 2017, he appeared on Better Call Saul, reprising his role as Huell Babineaux from Breaking Bad. Crawford also appears in J-Kwon's Tipsy music video.