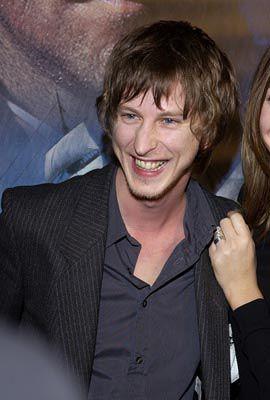 Lee is alive and kicking and is currently 46 years old.
Please ignore rumors and hoaxes.
If you have any unfortunate news that this page should be update with, please let us know using this .

Lee Ingleby (born Lee David Ingleby, 28 January 1976) is a British film, television and stage actor.
Ingleby's first major role was as the young lead in the 2000 BBC miniseries Nature Boy alongside Paul McGann. He played Smike in a 2001 television film version of The Life and Adventures of Nicholas Nickleby. Also in 2001, he starred in and wrote the screenplay for the short film Cracks in the Ceiling, which he appeared in with his father, Gordon Ingleby. In the 2002 theatrical release Borstal Boy, based very loosely on the life of Irish poet-activist Brendan Behan, Ingleby played a bully in an English boarding school for juvenile offenders.

In 2006 Ingleby appeared in Jimmy McGovern BBC TV series The Street, where he played abusive husband Sean O'Neill alongside Christine Bottomley. Another project was the 2006 television adaptation of The Wind in the Willows, in which he played Mole. It also starred Bob Hoskins as Badger, Matt Lucas as Toad and Mark Gatiss as Ratty. He also appeared in a modernised BBC adaptation of Rapunzel for the Fairy Tales series.
In 2013, Ingleby took on the voice role of Phillip De Nicholay, the Sheriff of Nottingham, in a new audio production of the Robin Hood legend, produced by Spiteful Puppet. He returned to the role in the follow up "HOOD – The Scribe of Sherwood". In the same year, two more feature length audio stories (Warriors' Harvest and King's Command) have been produced by Spiteful Puppet with Ingleby once again playing the role of "De Nicholay".