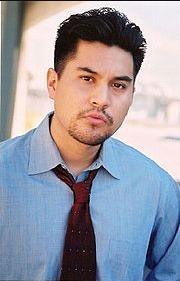 Lee is alive and kicking and is currently 44 years old.
Please ignore rumors and hoaxes.
If you have any unfortunate news that this page should be update with, please let us know using this .

Lee Reyes trained for 10 years at the American Repertory Company under the founder, Manu Tupou. Tupou was an instrumental part of Reyes` artistic development. He was apart of several productions at the American Repertory Company inlcuding: True West, Lone Star, Golden Boy, Death of a Salesman, Long Days Journey, Antigone, and Broadway Bound. He has made televesion appearances such as, the season premiere of The Shield season 4. His most recent role was in "The Red Canvas.Currently at age 30, Lee Reyes is amongst the youngest people to ever attain the level of 5th Degree Black Belt Master Instructor in Tae Kwon Do.Reyes was trained in boxing by Master Boxing Instructor Jeff Langton, who has over 30 years of boxing experience has been a cutman and corner man in over 40 world title bouts. Under the instruction of Langton, Lee Reyes has quite a few accomplishments and holds an official amateur boxing record of 12-1.Two time Amateur Intercontinental Champion2007 Finalist of the Los Angeles Golden GloveThree time "House of Champions" winnerBest Boxer at the Ventura KO Boxing ShowAt the age of 3 he began his journey as a martial artist under the tutelage of his Father, Ernie Reyes Sr. His father who was State Grand Champion in Tae Kwon Do and a National Association of Professional Martial Artist Lifetime Achievement Award winer began teaching his son Lee as soon as he could walk. Lee later became a 7 time national forms competition champion at the age of 12. At the age of 14 he starred in American Ninja V, where he choreographed many of his own fight scenes. His father at one time had the number one martial arts demonstration team in the country, the Ernie Reyes West Coast Demo Team, which featured such members as Ernie Reyes Jr., Geroge Chung, and Cynthia Rothrock. At the age of 14 Lee Reyes co-created the next team, The Ernie Reyes Next Generation Team, making it the number one ranked martial arts demonstration team in the world. They toured through all of Europe, Asia and North America. He remained team captain until he moved to Hollywood at the age 19.