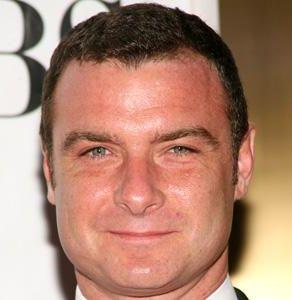 Liev is alive and kicking and is currently 54 years old.
Please ignore rumors and hoaxes.
If you have any unfortunate news that this page should be update with, please let us know using this .

Does Liev Schreiber Have the coronavirus?

Isaac Liev Schreiber, better known as Liev Schreiber, is an American actor, director, screenwriter, and producer. He became known during the late 1990s and early 2000s, having appeared in several independent films, and later mainstream Hollywood films, including the Scream trilogy of horror films, Ransom, Phantoms (1998), The Sum of All Fears (2002), The Omen (2006), X-Men Origins: Wolverine (2009), Taking Woodstock (2009), Salt (2010), Goon (2011), Pawn Sacrifice (2014), and Spotlight (2015).Schreiber is also a respected stage actor, having performed in several Broadway productions. In 2005, he won the Tony Award for Best Featured Actor in a Play for his performance in the play Glengarry Glen Ross. That year, he made his debut as a film director and writer with Everything Is Illuminated (2005), based on the novel of the same name. Schreiber has had further success in the television world, notably portraying the eponymous protagonist of the Showtime drama series Ray Donovan (2013-present); the role has earned him four Golden Globe Award nominations and two Primetime Emmy Award nominations. He also narrates the HBO series 24/7, as well as various PBS programs.Early lifeSchreiber was born in San Francisco, California, the son of Heather (née Milgram) and Tell Carroll Schreiber, a stage actor and director. His father comes from a wealthy White Anglo-Saxon Protestant family from Bucks County, Pennsylvania, who have lived in the United States for many generations, and his ancestry includes Belgian, Danish, Dutch, English, French, German, Norwegian, Scottish, Swiss, and Welsh. Schreiber's mother, who now lives on an ashram in v*rginia, was born into a working class household of communists in Brooklyn, New York; her family was Jewish, descended from Polish and Ukrainian immigrants.