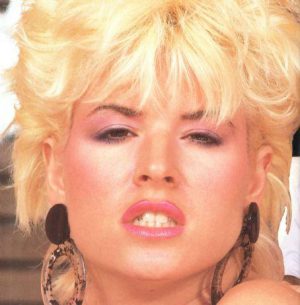 Lois is alive and kicking and is currently 59 years old.
Please ignore rumors and hoaxes.
If you have any unfortunate news that this page should be update with, please let us know using this .

Lois Ayres (born Sondra Stillman, May 24, 1963 in Boston, Massachusetts) is an American former adult movie actress. Comely, buxom, and shapely platinum blonde bombshell Lois Ayres was born on May 24, 1962 in Boston, Massachusetts. Lois started out in the adult entertainment industry as a nude model in various men's magazines.
Ayres first began performing in explicit hardcore movies in the early 1980's; among the notable companies she appeared in X-rated features for are VCA, AVC, Wet Video, LA Video, Exquisite, Coast To Coast, and Leisure Time Entertainment. Lois took a hiatus in the late 1980's in order to recover from drug addiction, but returned to the industry a couple of years later. In 1996 Ayres was working as a stripper in Japan, where she earned about $30,000 a week. Lois retired from the adult film industry in the mid 1990's and has been inducted into the AVN Hall of Fame for her contributions to hardcore cinema.

Commenting on the industry around 2005 she stated "I liked it better the way things used to be when it was like everyone belonged to one big family. When Amber and Ginger Lynn, Nina Hartley, Sharon Mitchell and myself were headlining, it seemed more close-knit. We were all friends. Nowadays people are so into themselves, and that's why there is so much backstabbing going on among female performers. They are all trying to one-up each other. The business was more laid back ten years ago."