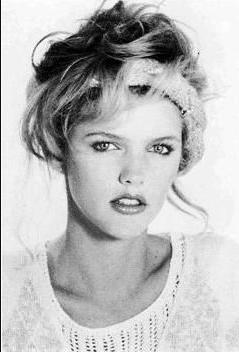 Lorie is alive and kicking and is currently 61 years old.
Please ignore rumors and hoaxes.
If you have any unfortunate news that this page should be update with, please let us know using this .

Does Lorie Griffin Have the coronavirus?

Lorie Griffin is an American film and television actress, best known for her role as Pamela Wells in the movie Teen Wolf. Her filmography includes Cheerleader Camp, Aloha Summer and Sandman, as well as television guest roles on Charles in Charge and Highway to Heaven.
Griffin's last major role was the 1993 movie Sandman, that also starred Dedee Pfeiffer and was directed by Eric Woster, who committed suicide the evening after the final day of shooting. Since that film, Griffin has retreated from the public eye.

Since retiring from acting, Griffin has become a Marketing and Film Coordinator at Perry's Café and Beach Rentals in Los Angeles.